How can I freeze a waterdrop?

The drop never falls down...

Water drugged with fluorescent dye drips in a very short interval a couple of centimeters above a water pelvis out of a tube. UV LEDs are able to light the whole distance, whereby a drop appears as a green point. The UV LEDs flash in an interval that matches the temporal drop distance. Thus the drops are always visible at the same position. They appear as they wouldn't move.

The drop appears as it would not move.

With this method it is not only possible to freeze drops at one position but also to use an arbitrary animation on them. Thus it is for example possible to let them fall in slow motion, or change the usual falling direction by decreasing the strobe interval a few milliseconds. 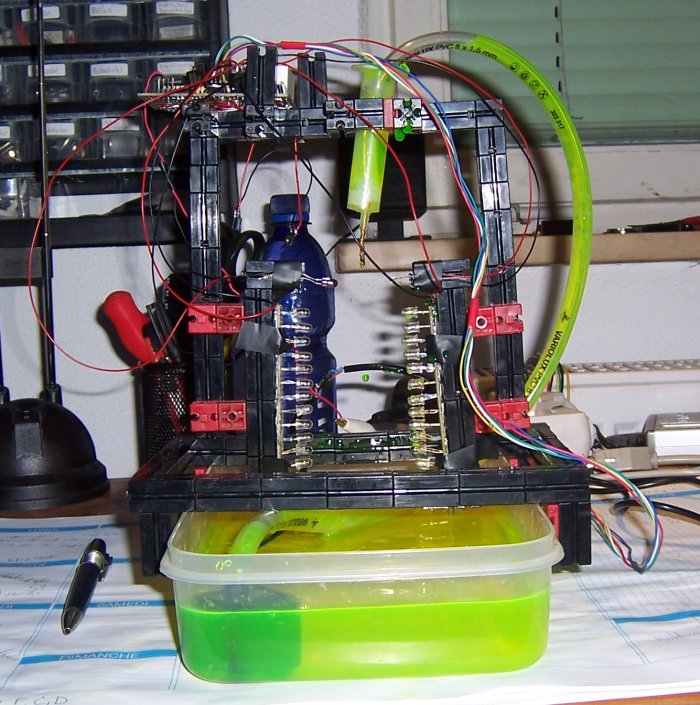 If you build up this set-up 25 times in a 5x5 matrix you can not only show a single drop but whole 3D images right in the air. (X- and Z-axis each with 5 points, Y-axis continuous.)