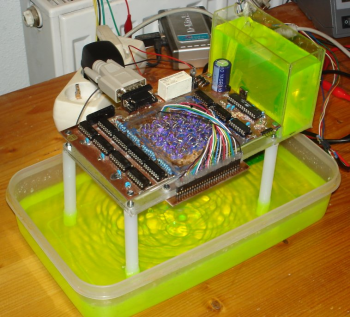 lucidDROP is a project that aims to create very low-resolution one-colored 3D holograms free-floating in the air. 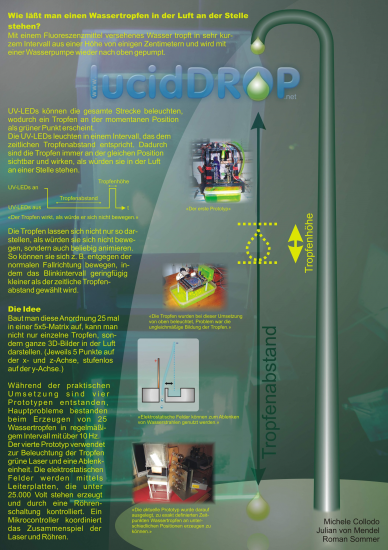 Michele Collodo and me will take part in the JugendForscht contest 2008 (end of february). More information about the upcoming prototype will be added then.

First successful test of our new drop generation method with electrostatic fields. We will use deionized water in future (high voltage).

Because of problems with generating regularly 25 water drops with around 30 Hz exactly synchronized to the illumination we work on a fourth prototype which will use electrostatic fields to control the drops instead of mechanical solutions in previous prototypes.

lucidDROP has won the first price in a contest of the Fraunhofer Institute for Integrated Circuits in Erlangen. 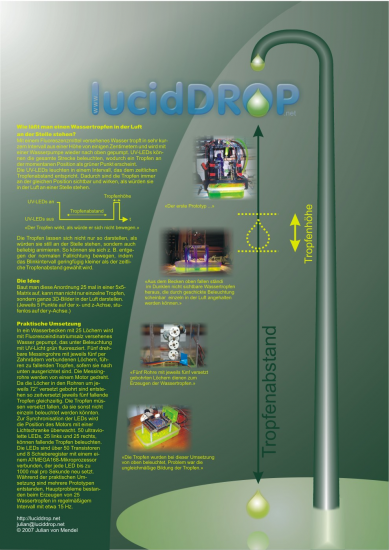 Third prototype does not work as expected, drop generation is irregular.

Second prototype does not work as expected, drop generation is irregular.